There was a big surprise in store for participants of the 7th edition of the Urban BBQ, a huge, annual summer event that brings members of Montreal’s business community together in support of cancer research.

Indeed, in addition to the festivities, the Society’s new Quebec spokesperson was introduced during the event- it was André Robitaille who skillfully animated the evening.

Having been involved with the Society for a few years, both the Society and André are really enthusiastic about the announcement of their new collaboration.

You can learn more by clicking here.

Stay tuned, André Robitaille will be attending several of our events!

André Robitaille is picking up the torch from Stéphane Rousseau, who has been the Society’s spokesperson for the past 11 years. The Society would like to thank him immensely for his involvement and devotion. Having been affected by cancer at a young age, he was able to generate public awareness about the cause including through taking part in a number of the Society’s CRS Challenge program activities. In fact, he will be taking part in one of those challenges this fall as a way to celebrate and bookend his involvement. 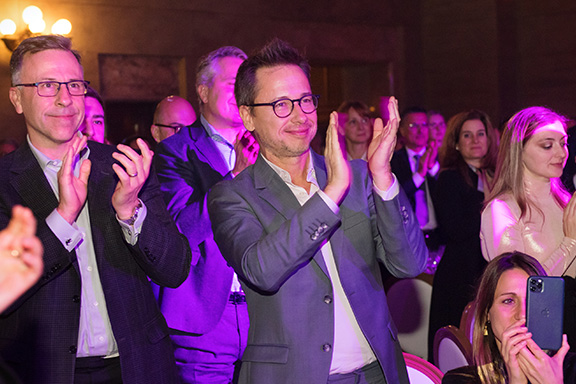